The Last Anniversary by Liane Moriarty 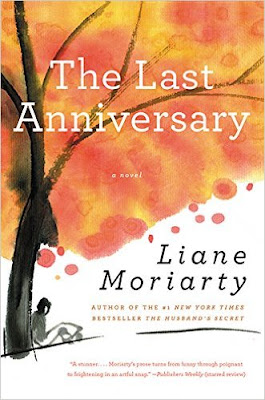 The Last Anniversary is the story of Sophie Honeywell. The story begins as Sophie unexpectedly inherits a home on Scribbly Gum Island - a home that was owned by her former boyfriend's aunt. Sophie had broken up with Thomas Gordon shortly before the wedding, and she has spent years bemoaning the fact that she has still not met the man of her dreams. Did she make a mistake in letting him go?

When Thomas contacts her to let her know about the home she has inherited she assumes he is available and considers bringing him back into her life. She soon finds out, however, that Thomas is no longer single, having married his travel agent, and not interested in her at all.

Regardless, she moves onto Scribbly Gum Island and becomes involved in the family mystery: the mystery of the Munro Baby. Rather than uncovering the secrets of the family, Sophie becomes caught up in life in this crazy, unconventional group of people, and the mysteries only grow stronger.

The Last Anniversary was a fun summer book to read. It never got too complicated, and the story was told with a sense of humor, particularly in the last half of the book. Although not about The Last Anniversary, this is an enjoyable interview with Liane Moriarty.